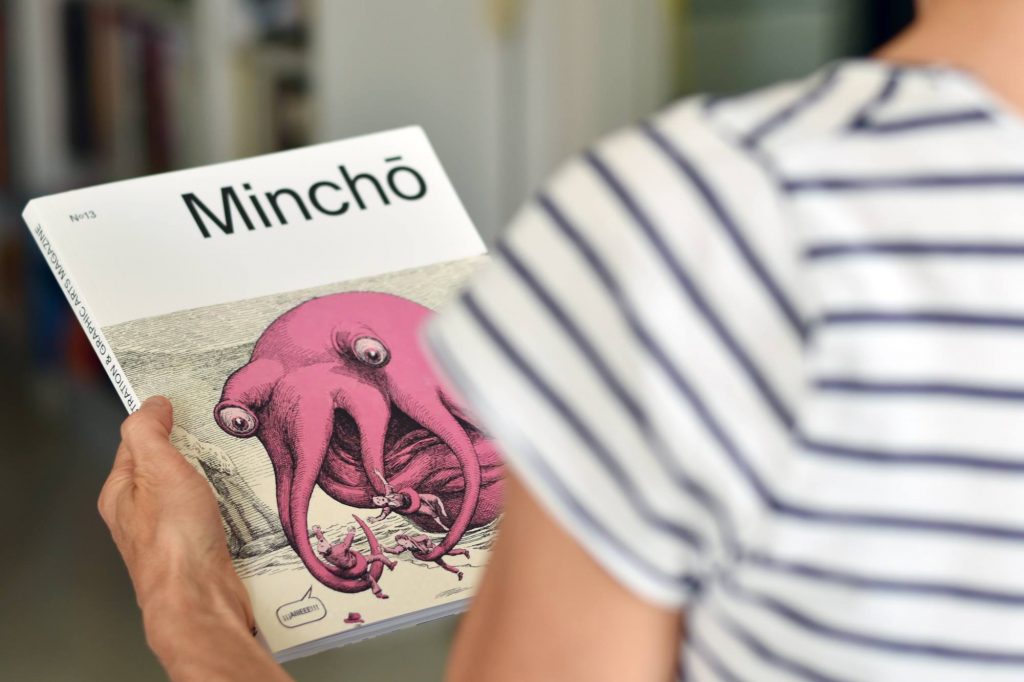 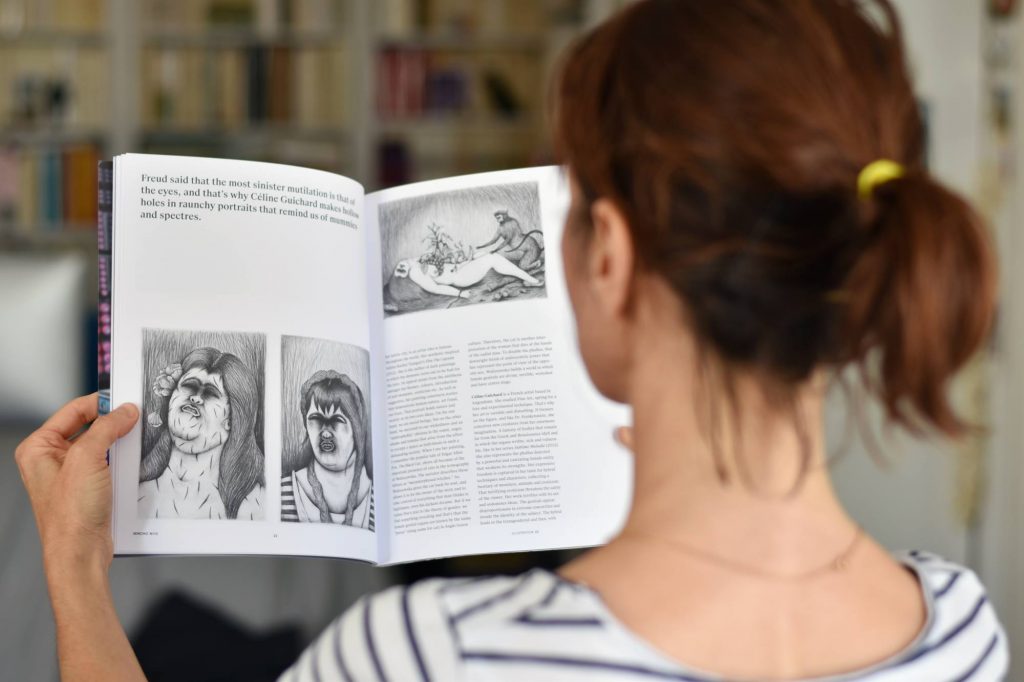 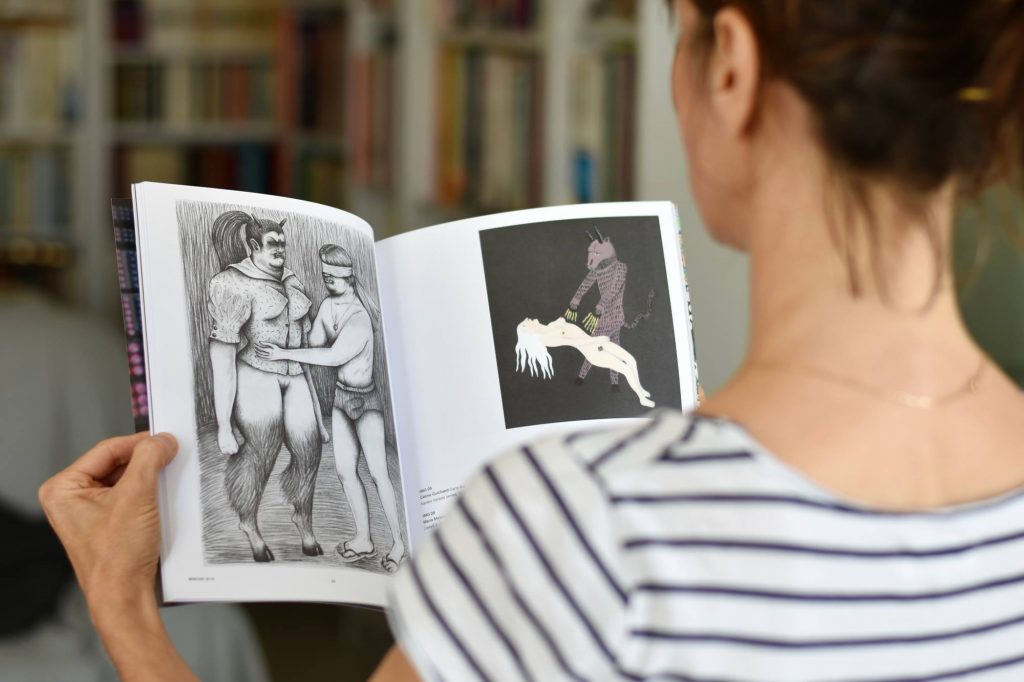 To break the curse of number 13, this new issue has graphically conjured monsters up. Minchō #13 challenges the classic canons of beauty to cover a surprising itinerary made up of nightmares, terror and wickedness, and inhabited by villains, vampires, ghosts, demons, wild men, “freaks of nature” and other extraordinary beings. This can be seen in Charles Freger’s photographs, the macabre art of Aleksandra Walizweska, Céline Guichard and María Melero, and the modern adaptations of classic characters of horror fiction in Javier Olivares’s illustrated books and Joann Sfar’s comics.

Monsters are a human invention to personify fear, traditionally linked to evil, the unknown and the different. That’s how they are represented in the choral animated film Fear(s) of the Dark, in the gruesome yet tender drawings of the singer Daniel Jhonston, in the psychedelic videogame, Karma, and in vintage posters advertising freak shows.
These latter attractions revealed the permeability that exists between the world and its representations, as our cover artist and author of more than twenty “illustrated artefacts”, Javier Sáez Castán, knows well. So, if you flip through the magazine, behind the looming pink monster on the front cover, you will find a mirror that doesn’t reflect, but whose image knows what you are scared of and shares your deepest and darkest secrets.